Lieutenant Colonel Christopher Wingate retired from the U.S. Army in 2019 after 22 years of service as an Active Duty Army Aviation officer. In 2020, he was named head of the new Army JROTC/National Defense Cadet Corps program serving the Albemarle County public high school community.

Colonel Wingate commissioned as an Army Second Lieutenant in 1997 through ROTC and was branched as an Army Aviator. Following flight school, he joined the UH-60 Blackhawk helicopter community. He served as a Platoon Leader, Company Executive Officer and Battalion Staff Officer in his first several tours at Camp Stanley, Korea and with the 101st Airborne Division at Fort Campbell, KY. He returned to Korea to serve as a Company Commander at Seoul Air Base, Korea. He then served as an Assistant Professor of Military Science at George Mason University, where he earned a Masters Degree in History. Colonel Wingate deployed to Iraq in 2006 as an Aviation Officer. He then served in Mannheim, Germany as a Battalion Operations Officer and Executive Officer, overseeing and conducting flight operations throughout Europe and the Middle East.

Following completing of the Command and General Staff College as an Honor Graduate earning a Master’s Degree in Military History, Colonel Wingate led a department at the Army Futures Center at Fort Eustis, VA, focusing on developing future capabilities for joint operations. In 2014, he deployed to Northern Iraq, serving as the Operations Officer of a Joint Special Operations Aviation Detachment, focusing on defeating the ISIS terrorist threat.

Returning from this deployment, Colonel Wingate joined the Providence College Army ROTC program as the Professor of Military Science, where he oversaw the training and development of over 200 young men and women preparing to become Army officers. He served in this role from 2016 to 2019. 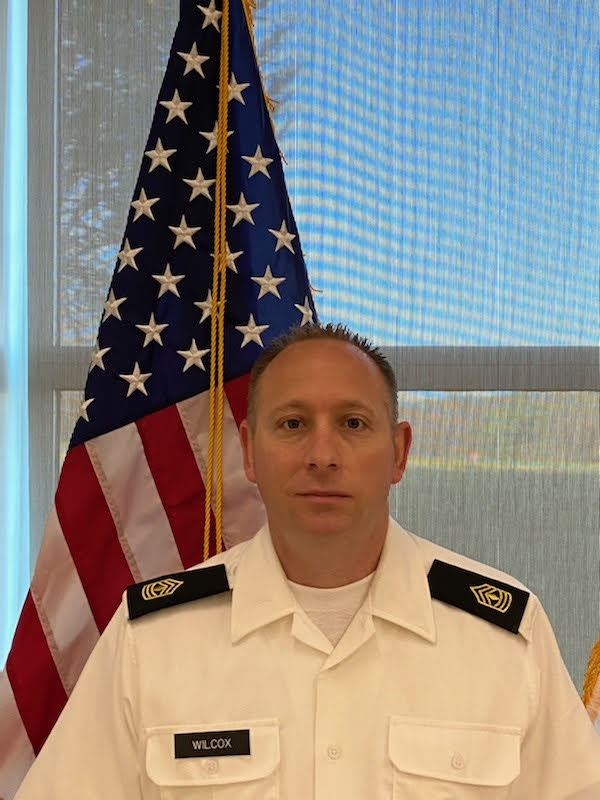 First Sergeant Wilcox served in the Army from June 1999 until January 2020. He enlisted in the Army as a 12V Concrete and Asphalt Equipment Operator and served in numerous leadership roles as Team Leader, Squad Leader, Platoon Sergeant, U.S. Army Recruiter, Advanced Individual Training Instructor, Operations Sergeant and First Sergeant. First Sergeant Wilcox also served as a First Sergeant for both the 557 Engineer Construction Company and Headquarters and Headquarters Company (HHC) of the 555 Engineer Brigade. First Sergeant Wilcox deployed in support of Operation Iraqi Freedom (January 2003 – January 2004) and Operation Iraqi Freedom III (January 2005 – January 2006). He also deployed in support of Operation Enduring Freedom in Afghanistan (July 2013 - March 2014) as an Engineer Advisor where he worked alongside the Afghan National Army by guiding, mentoring and teaching them construction management and counter IED operations.